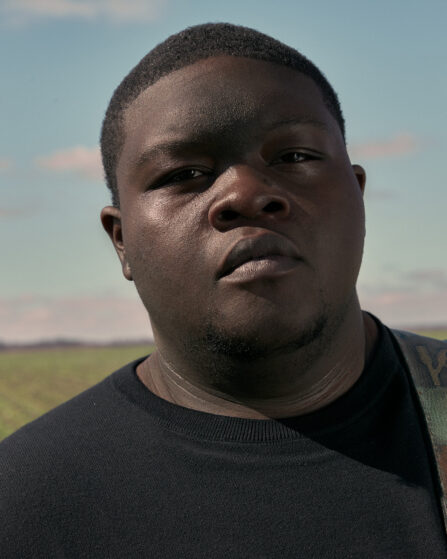 Since the release of Kingfish, his Grammy-nominated 2019 Alligator Records debut, guitarist, vocalist and songwriter Christone “Kingfish” Ingram has quickly become the defining blues voice of his generation. From his hometown of Clarksdale, Mississippi to stages around the world, the now 22-year-old has already headlined two national tours and performed with friends including Vampire Weekend, Jason Isbell and Buddy Guy (with whom he appeared on Austin City Limits). He was interviewed by Sir Elton John on his Apple Music podcast, Rocket Hour, and recently released a duet with Bootsy Collins. In January 2021, Ingram was simultaneously on the covers of both Guitar World and DownBeat magazines, and graced the cover of Living Blues in late 2020. Rolling Stone declared, “Kingfish is one of the most exciting young guitarists in years, with a sound that encompasses B.B. King, Jimi Hendrix and Prince.”

In the two years since Kingfish was released, there have been major events that have altered his life both personally and professionally. “There has been much change, happiness and despair in my life,” Ingram says of his last two years. Right as his career was taking off, he lost his mother and biggest champion, the late Princess Pride Ingram. Christone toured for 13 months non-stop, until the pandemic halted live performances and forced him to take stock. As he was thinking about the man he was becoming and the new directions his life was taking, he began writing songs for his next album, 662. The number 662 is the telephone area code for Ingram’s northern Mississippi home, and it first came into use the same year he was born—1999. 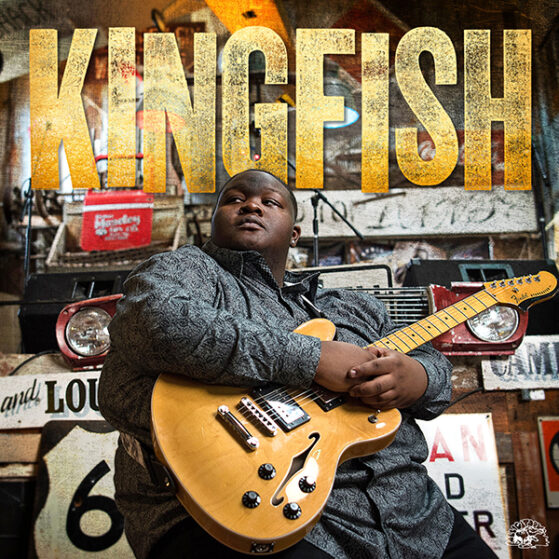 “The world was introduced to me with Kingfish,” Ingram says of his chart-topping debut. “Now with 662, I want the world to hear and meet a different, more personal side of me.” The album—recorded in Nashville and co-written and produced (as was Kingfish) by Grammy-winner Tom Hambridge—features 13 songs displaying many sides of Ingram’s dynamic personality, as well as his one-of-a-kind guitar and vocal skills. According to Ingram, “662 is a direct reflection of my growth as a musician, a songwriter, a bandleader, and as a young man. This album was written during the pandemic, shortly after I returned home from a whirlwind year and a half of touring and promoting Kingfish. It was an incredible time of change and growth, moments both good and bad, and I am a better and stronger person for it.” 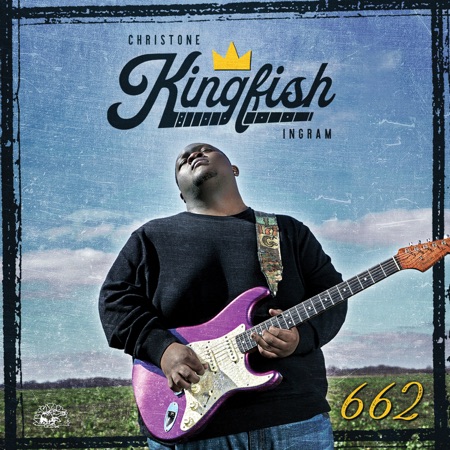 662 is the next chapter in the still-unfolding story of Christone “Kingfish” Ingram. He describes 662 as his own personal journey, a story that sits upon the legacy of his influential blues elders. The songs—reflecting his life in and away from his home in the Delta—speak to universal truths, as well as to similar experiences shared by his large and growing multi-generational, multi-cultural fan base. From the blistering, hometown title track, 662, to the irresistible She Calls Me Kingfish to the slow, soulful and poignant Another Life Goes By to the funky truth-telling Too Young To Remember, 662 overflows with hard-hitting songs, jaw-dropping guitar work and deep, soul-possessed vocals. NPR Music says Ingram’s playing is “astounding…it’s almost like he’s singing through the guitar.” 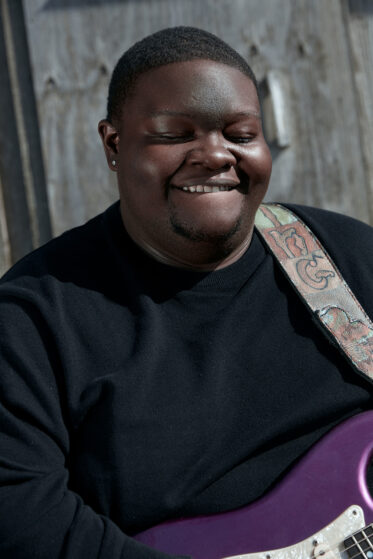 Ingram’s journey began in the 662 in the city of Clarksdale, in Coahoma County, Mississippi, just ten miles from the legendary crossroads of Highways 61 and 49.Born to a musical family, he fell in love with music as a small child, initially playing drums and then bass. At a young age, he got his first guitar and quickly soaked up music from Robert Johnson to Lightnin’ Hopkins, from B.B. King to Muddy Waters, from Jimi Hendrix to Prince, but all the while developing his own sound and style. He progressed quickly, making his stage debut a few months later at Clarksdale’s famous Ground Zero Blues Club, playing behind one of his mentors, Mississippi blues icon Bill “Howl-N-Madd” Perry. Perry gifted the young musician with a new stage name, “Kingfish.” He performed at the White House for Michelle Obama in 2014 as part of a delegation of student musicians from the Delta Blues Museum. By age 16 he was turning heads and winning awards, including the 2015 Rising Star Award, presented by The Rhythm & Blues Foundation. Ingram’s appeal beyond blues was immediate. Even before he cut his debut album and while still a teenager, many of Ingram’s YouTube performance videos garnered millions of views. He performed two songs in Season Two of the Netflix show Luke Cage after the series’ lead producer saw one of his videos. Both songs appear on the official soundtrack album, which introduced him to a young audience, many of whom had never heard Ingram’s brand of blues before. As part of Luke Cage promotion, Ingram performed in an NPR Music Tiny Desk Concert with rap legend Rakim, who also appeared in Luke Cage, and, in 2020, Ingram hosted his own Tiny Desk (Home) Concert. 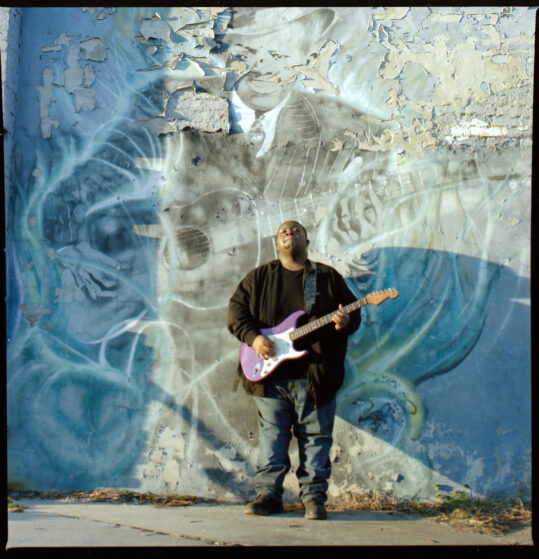 Upon its release, Kingfish debuted on the Billboard Blues Chart in the #1 position, and remained on the chart for an astonishing 91 weeks. In addition to receiving a Grammy Award nomination, it was declared the #1 Best Blues Album Of 2019 by tastemaker UK music magazine MOJO. NPR Music included Kingfish in their list of Best Debut Albums. Outlets including The New York Times, Rolling Stone, Guitar World, The Washington Post and many others shared the joy of their musical discovery with their audience. Radio stations around the world played his music at all hours. In 2019, Ingram’s first single, Fresh Out (featuring Buddy Guy) was the most played song on Sirius/XM’s highly regarded Bluesville channel. Kingfish was also #1 on the Living Blues Radio Chart’s Top 50 Albums Of The Year. In 2020, Ingram won five Blues Music Awards, including Album Of The Year, Contemporary Blues Album Of The Year, Best Emerging Artist Album, Contemporary Blues Male Artist Of The Year and the coveted Best Guitarist award. He also won four Living Blues Awards, including Album Of The Year and Artist Of The Year. In February 2021, Ingram guest hosted Spotify’s popular In The Name Of The Blues playlist, which featured the young bluesman as a seasoned blues fan, talking about and listening to some of his favorite songs. No Depression calls Ingram, “a young bluesman with an ancient soul and a large presence in the here-and-now.”

“Christone ‘Kingfish’ Ingram is the future of the blues, singing and playing with edge, verve and vitality. Stinging guitar...sweet and melodic vocals.”
–Guitar World 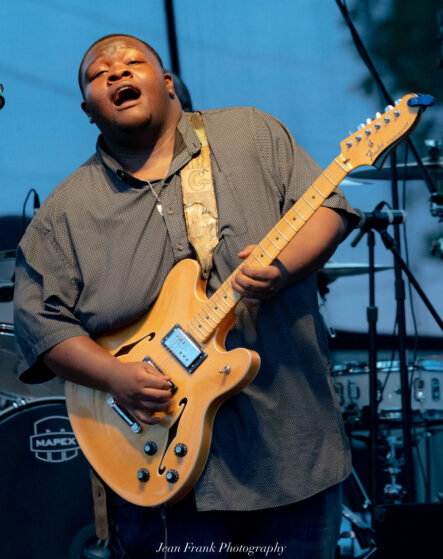 Ingram has twice headlined his own national tours (“Fish Grease” and “Fish Grease 2”), performing multiple times at clubs, concert halls and festivals across the U.S. and Canada, including show-stopping performances at the Chicago Blues Festival, the Beale Street Music Festival in Memphis, the Bonita Blues Festival in Florida, The Waterfront Blues Festival in Portland, on the Legendary Rhythm & Blues Cruise, at sold out shows from New York’s Brooklyn Bowl to Austin’s Antone’s to San Francisco’s famed Biscuits & Blues to Los Angeles’ legendary Troubadour and El Rey Theatre. He’s performed in Europe repeatedly, including appearances at the Moulin Blues Festival in the Netherlands and the Blues Heaven Festival in Denmark. During the time between Kingfish and 662, Ingram recorded and released three stand-alone singles. In February 2020, he unleashed his incendiary studio and live interpretations of legendary bluesman Michael “Iron Man” Burks’ Empty Promises. In July 2020, he released his emotionally riveting original song, Rock & Roll, a deeply loving tribute to his mother, Princess Pride Ingram (included as a bonus track on the 662 CD). And in November 2020, he gifted his fans with his first Christmas song, the instant holiday classic, Ghost From Christmas Past. With his eye-popping guitar playing and his reach-out-and-grab-you-by-the-collar vocals, Ingram performs every song with unmatched passion and precision. While his new songs tell personal stories, they also tell of shared human experiences. With 662, he creates contemporary blues music that speaks to his generation and beyond, delivering the full healing power of the blues. And he can’t wait to bring that power on stage. As he recently told DownBeat magazine, “You need that crowd to connect. You need that crowd to be there so you can tell their story to them. Somewhere, somebody has the blues.”
{{list.tracks[currentTrack].track_title}}
{{list.tracks[currentTrack].album_title}}
{{classes.skipBackward}}
{{classes.skipForward}}
{{this.mediaPlayer.getPlaybackRate()}}X
{{ currentTime }}
{{ totalTime }}